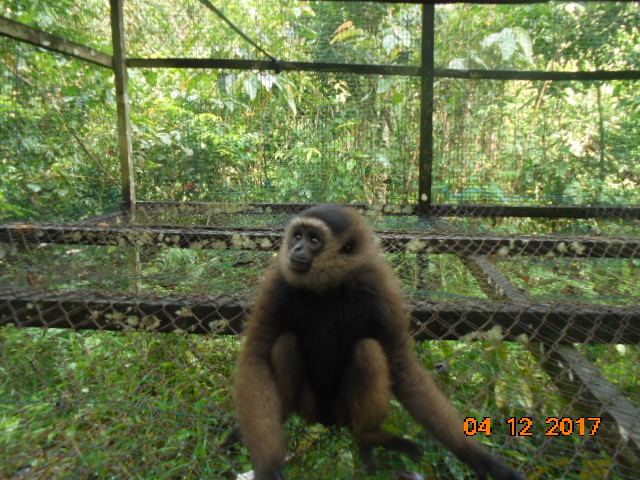 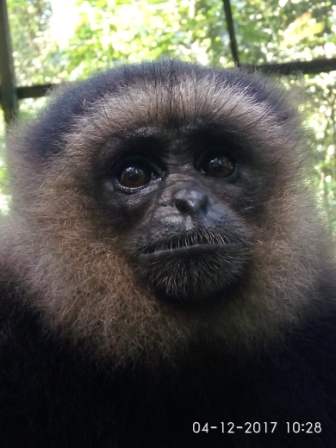 Bhayangkara is fine.
He is always with his partner Apin.

Apin is now together again with Bhayangkara.
She is well recovered from her injuries.

Apin is currently separated from her companion Bhayangkara. She was badly bitten by fire ants.
Apin is then brought and treated at the clinic.

Bhayangkara is now with a female gibbon name Apin. They are just fine.

Bhayangkara is a male gibbon of species Hylobates Muelleri muelleri, one of gibbons species who can be found in southeast Kalimantan, Indonesia, approximately south of the Mahakam river and west of the Barito river.
Estimation of birth year : 2014.
History :
Bhayangkara was confiscated by the Departement Foresty of Indonesia in Banjarmasin, We receive Bhayangkaraya and one another young gibbon Bhayangkari on july, 10 2017.
Like many others stories, Bhayangkara et Bhayangkari lived like a pet for many years. They lost their family and forest because of human.
Now with Kalaweit, Bhayangkara have a chance to live with others gibbons.
Notes :
Pararawen Conservation Center and Santuary, Muara Teweh, Borneo.