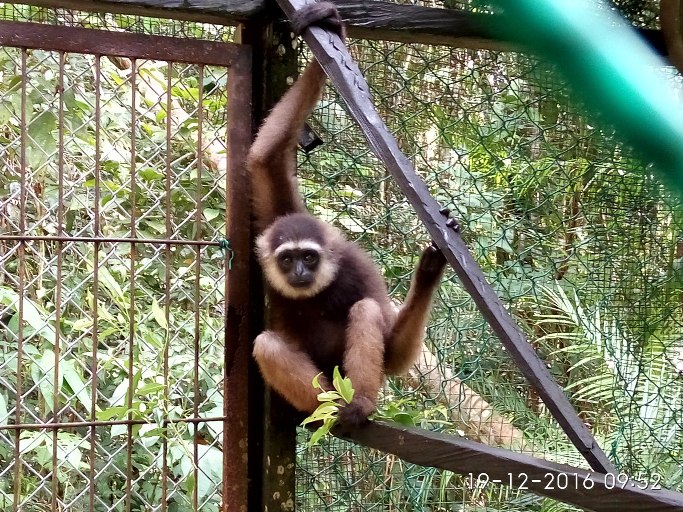 Abduk is doing well. He is active and eat well the fruits.
Abduk is still alone in the cage.

Abduk is a male gibbon of Hylobates agilis albibarbis, one gibbons species THAT can be found in the south of Kapuas river and in the west of Barito river.
Year of birth (estimation) : 2013.
Abduk was found in a small village outside the Palangkaraya City on august, 14 2016.
As many others wild animals, Abduk was also victim of poachers and deforestation in Kalimantan.
Now at Kalaweit, Abduk has a chance to live with others gibbons and maybe, he will be released in the forest again. But before that Abduk must spend some years of rehabilitation in our center.
Notes :
Pararawen Conservation Center and Santuary, Muara Teweh, Kalimantan Central.