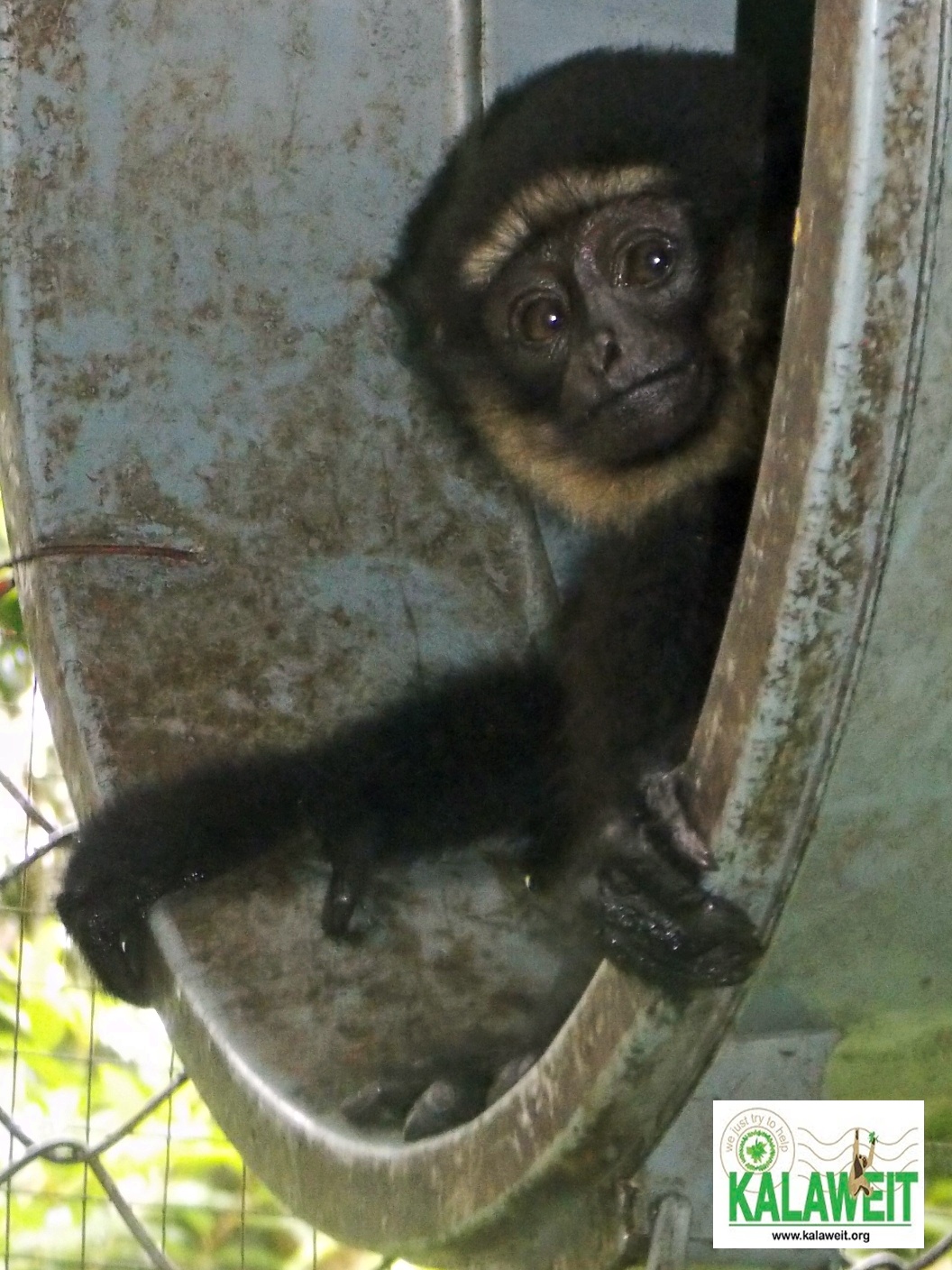 Bowie is fine. She is now with a male gibbon name Jay.

Bowie is doing well. She is active and eat well the fruits.

Bowie is a female gibbon of species Hylobates agilis ungko, one of gibbon species who is found on Sumatera southeast of lake Toba and the Sigil river, in a small area on the Malay peninsula and south of Thailand near the Malaysian border.
Estimation of her birth year : 2015
History :
Bowie was saved by the Department Foresty of Indonesia in west of Sumatera.
We received Bowie on march, 4 2016.
Notes :
Supayang Conservation Center and Santuary, Solok, West Sumatera.