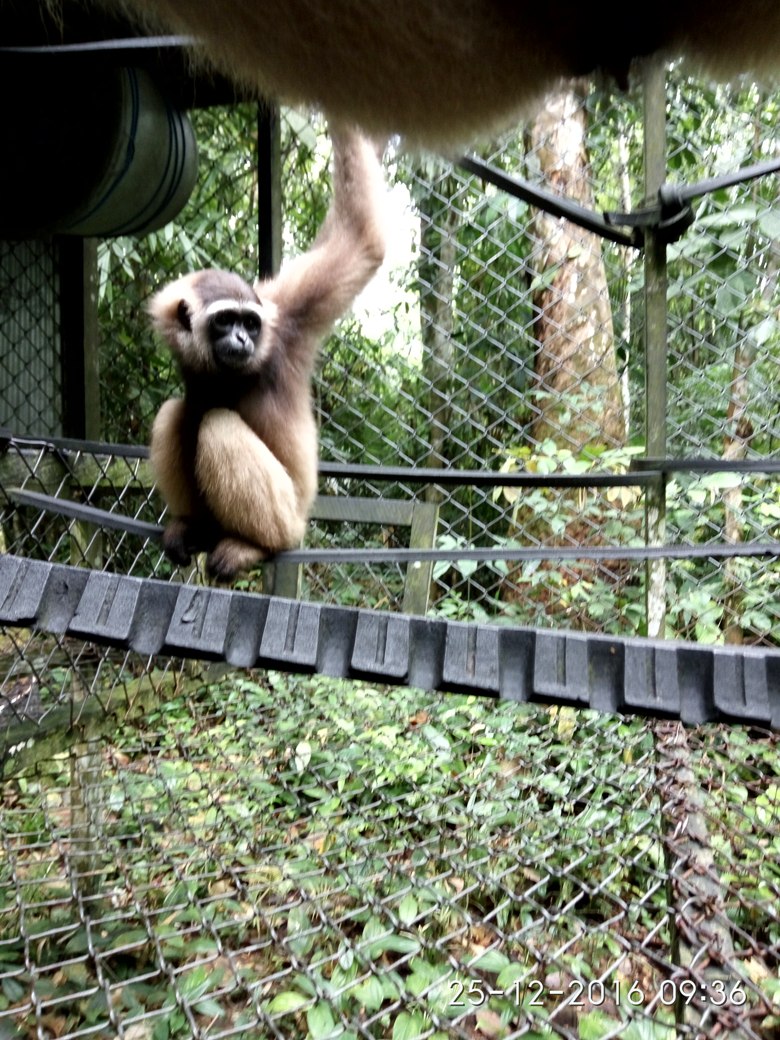 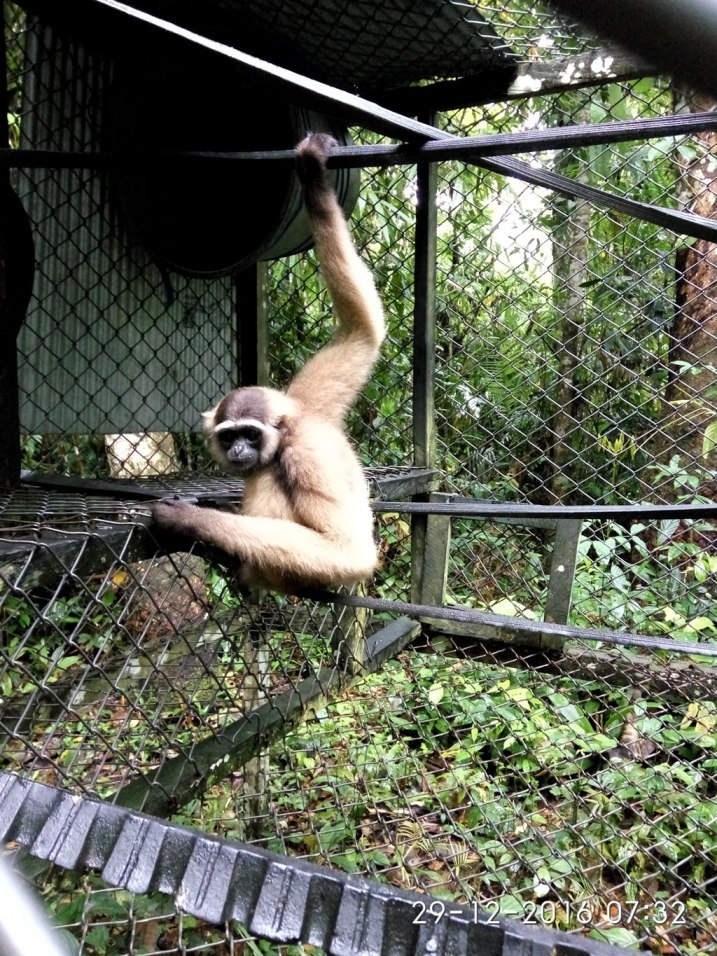 Anis is fine. She is always with Darto.

Anis is now with a male gibbon name Darto.

Anis is fine. She is always with his partner Unyil.

Anis and Unyil are doing well. They are actives and eat well the fruits.
Anis and Unyil like also play together, They poursue and catch each other.

Anis is now with another young female gibbon name Unyil Borneo. They are just fine.
Anis is just fine. He is for a while alone in the cage.

Anis is a male gibbon of species Hylobate Agilis albibarbis, one of gibbon species in the world who live in Borneo, Indonesia.
Estimation of his birth ; 2011.
Anis was saved in January 2015 in Palangkaraya City, Borneo Central.
Like many others stories of wild animal, Anis was kept as a pet. Far from her home, the forest, and her species. People are blind and not really sensitive to what this wild animal needs.
Observations :
Pararawen Conservation Center and Sanctuaire, Muara Teweh, Borneo.