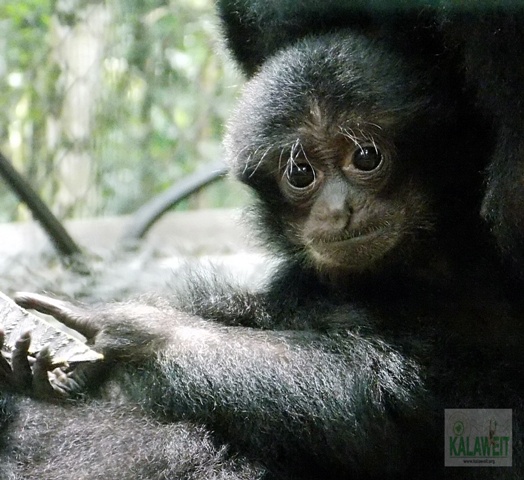 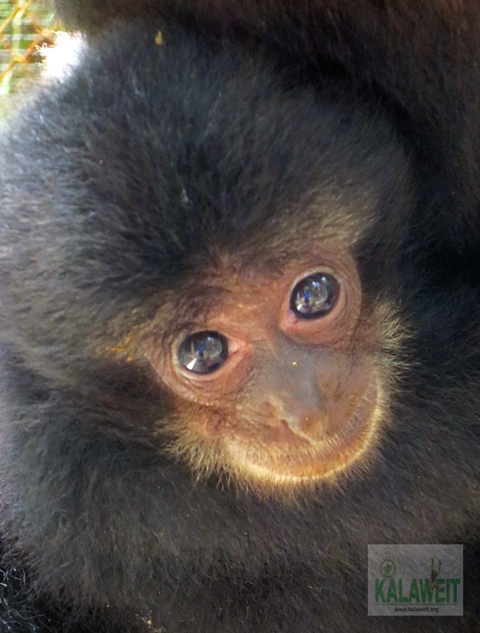 Angel is fine. He is now alone in another cage because Angel was agressive with his mother Angkung.

On December 03, 2015 Angkung gave birth to a baby. He's a male. We call the Bebe Ozzie. Angkung and her baby are fine.

Angel and her parents are fine. They are active in swinging, singing and playing together.

Angel is a baby Siamang (Symphalangus syndactylus) from Ile Sumatera, Indonesia.
Angel was born on June 26, 2013 at Kalaweit.
His parents Zacky Dewasa and Angkung are a couple of siamangs in Kalaweit program.
Observations :
Supayang Conservation Centre and Sanctuary, Solok, west of Sumatera.